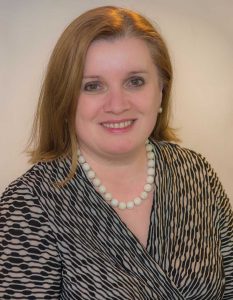 [English] Dr.ing. Diana Andone is the Director of the eLearning Center of Politehnica University of Timisoara, responsible for planning and implementing eLearning. She runs the team who developed and assure daily integration of the university award wining Virtual Campus CVUPT. She is also senior lecturer at the Politehnica University of Timisoara, Romania, in the area of multimedia, interactive and web technologies.  She is passionate about the ubiquitous access to technologies and how they can be used to improve people’s life.

Diana Andone holds a PhD in Designing eLearning Spaces for Digital Students with University of Brighton, UK, an MA in European Studies, an “Learning about Open Learning”, postgraduate distance education course at the Herriott-Watt University, Edinburgh, UK; an MSc in Artificial Intelligence at the Politehnica University of Timisoara, Romania, and also a BBC Producer Certificate. She attended different specialisations in universities in UK, France, Finland, Greece, Germany. Since 1998 she teaches course modules in universities from UK, France, Finland, Italy and Greece.

In 2012 she received the EDEN Fellow Title (European Distance and E-Learning Network) and in 2014 was elected member of the EDEN Executive Committee and since 2018 is EDEN Vice-president for Communication and Communities.

In the last years she was involved in over 30 EU funded projects, recently with a focus in open education, publishing and technologies. She was coordinator of the LLL ViCaDiS (Virtual Campus for Digital Students) project and national responsible on MODE-IT, ABCtoVLE, OpenVirtualMobilities, IoT Rapid ProtoLab, GirlsTech, m-commerce, SKILL2E, CBVI, i2Agora, TafCity, ESIL, e-Taster, e-report Erasmus+ projects, as well as co-investigator in the national DidaTec project (Training in blended-learning and new educational technologies for university academic staff). She is now coordinator of Erasmus+ DigiCulture project (Improving the Digital Competences and Social Inclusion of Adults in Creative Industries).

She is leading the UniCampus project with the goal of creating the first Romanian MOOCs. She actively promotes Open Educational Resources (OER), Open Knowledge (OKF) and Massive Open Online Courses (MOOCs) as part of her everyday activities or through her work in different associations or task-force.