The first IS meeting 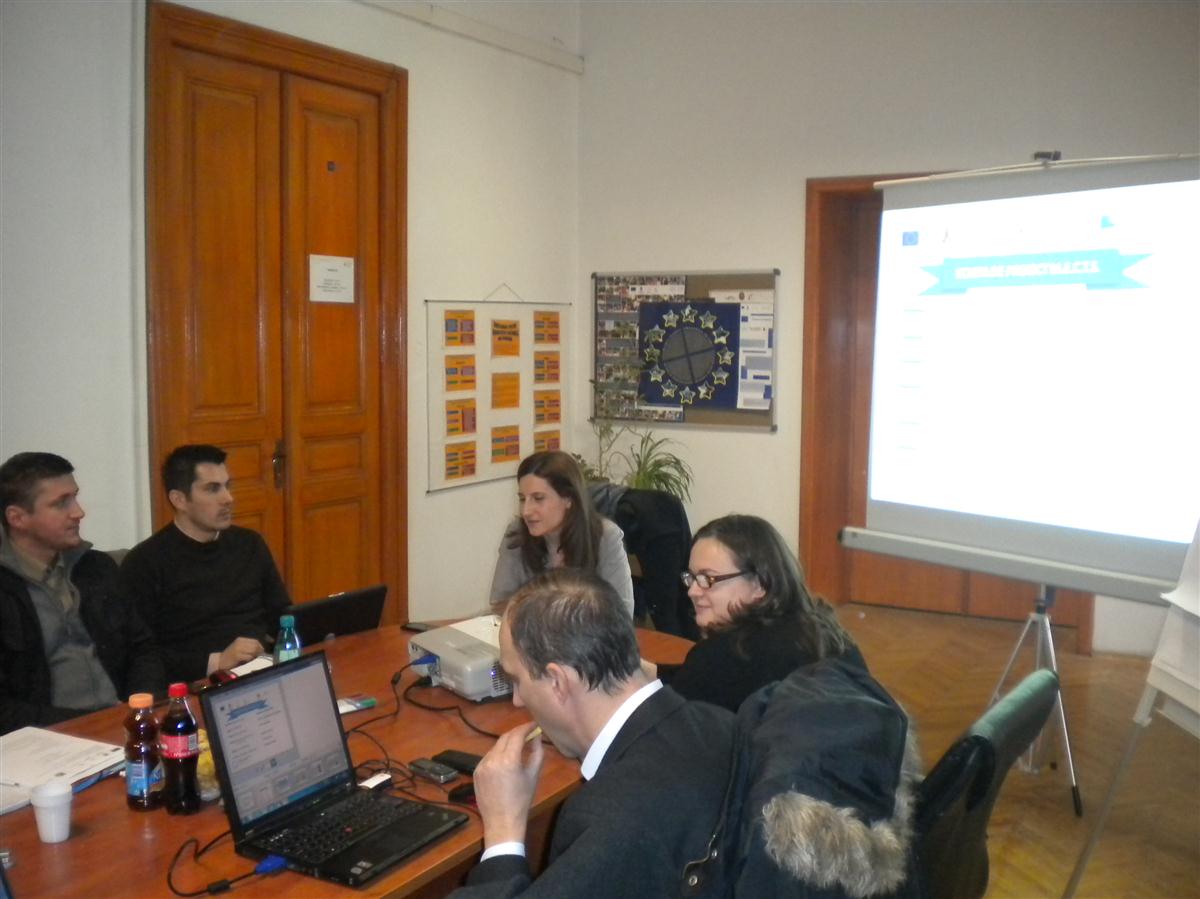 The first IS meeting

On January 20, 2012, the first working meeting was held, led by Mrs. Angelica Dragomir - the new project manager. The meeting was held at the headquarters of the Ministry of Education, Youth Research and Sports.

After the pleasant moment of the presentations, the Project Manager Mrs. Dragomir opened the actual working meeting with the presentation of the topics that will be discussed during the meeting.
The first of the presented topics was the preparation plan of the reimbursement request no. 4 referring to the reporting period September 2011 - January 2012, plan in which the deadlines for uploading on the project work platform of all deliverables by partners and all financial documents were defined, so that on the last day of February the file of the reimbursement request to be completed.

Then there was a review of the activities carried out between September 2011 and January 2012 (inclusive), activities that refer to the development of materials to support the professional guidance of students. This activity was completed in September 2011 during the seminar organized at the University of Targu-Jiu where a final report was presented on the necessary skills in the working techniques of technology companies.

Another series of activities described in the funding application refers to the organization of simulated enterprises, organization that includes both material resources (endowments of centers including software and necessary hardware), curricula and regulations for the organization and operation of practice laboratories but and the selection plans of the tutors from the technological enterprises.

In order to put the centers into use, it is necessary for the ministry to make the hardware acquisitions that are planned to be made in the next period of time. Once they are acquired, the training session for the tutors of the people from the already co-opted technology companies will start and at the same time, the local events for launching the centers will take place.

The last topic of discussion referred to the way of organizing the work within the project, with a rigorous schedule, modeled according to a flow of approval so that the activity reports of the project partners are approved each month. In this way, the conditions are ensured in order to be able to prepare in time both the technical reports that refer to the reimbursement requests and to the half-yearly monitoring reports requested by the ministry.
The project manager thanked all participants for their professionalism and for the fact that an efficient way of working was discussed and agreed by all partners, but especially for finding a well-knit work team with which the project will be further implemented. the best conditions.