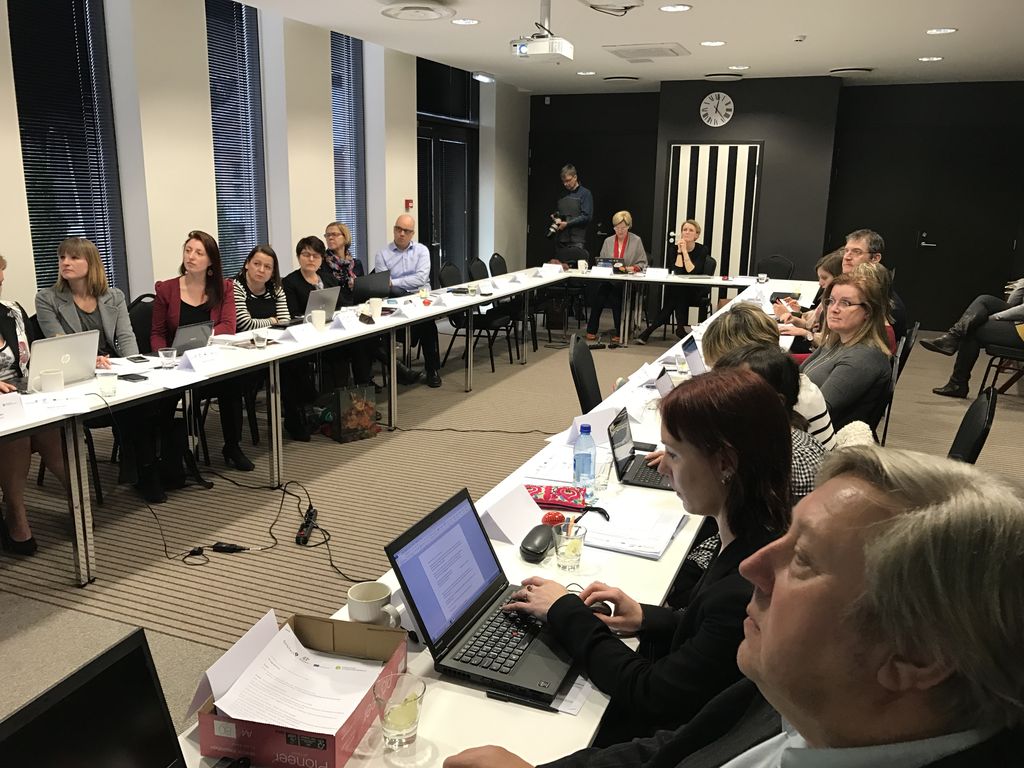 “Detecting the main misconceptions about ICT employment: A study of myths about ICT work among women”: Eneli Kindsiko, University of Tartu,

The tools were clearly explained during the Parnu meeting. There were several presentations from various organizations that reflected the institutional situation, some very good examples of the actions of national NGOs, but also stories about personal involvement. The tool that can be used more in Romania is “Tech Sisters” and “Digigirls”, which includes the methodology, actions and activities with direct involvement in Hackathons. We can also include a very good presentation of the laboratory work of the Pärnumaa Vocational School in the field of electronics, which they have fully adapted to international standards and also encouraged young women to participate.

The presentation of the co-founder of TechSisters Mari-Liis Lind was very inspired and showed that only with voluntary work but also with a strong determination good results can be obtained. TechSisters founded the NGO in 2012, now there are more than 25 women who organize: monthly meetings, workshops - introduction to IT, preparations for hackathons, digigirls workshop for teenage girls, lobbying and advocacy for women in the IT field. We believe that the Garage48 action can be successfully transferred to Timisoara, which was planned to encourage girls to participate in the ICT hackathon, but which also organized a hackathon only for girls. The Garage58 hackathon in Parnu resulted in several successful startups. With a lower success rate would be the actions: timbeter (measurement in the field of carpentry), coworkweb (joint work service), shipitwise (logistics) - all impressive. Involvement in preparing girls and women to participate in hackathons included: positive publicity for girls, addressing them in a specific way of communicating to adolescent girls, organizing training meetings and workshops and mentoring during hackathons, and support for successful teams. This model can also be replicated in Romania.

The other activity carried out by TechSisters that we consider replicable is Digigirls: workshops for girls aged 10-14, with the main purpose of determining teenage girls to know and get involved in technology, to present positive female models, to presents work environments. This combination of guidance with raising awareness was done to reach girls at the beginning of life, to approach them in a certain way, specific to adolescents, to be able to show them an alternative. We intend to implement the Support for Girls and DigiGirls Hackathon: to better organize our activities as we do similar things, but more informally. Identify several role models from women in ICT who can share their stories (probably from our successful graduates, students and teachers). We want to create a more gender-oriented Hackathons advertisement and create girls' teams, award prizes dedicated to girls and mentoring during Timișoara HackTM in May 2017 and in the coming years. In our opinion, the high participation of girls / women in VET education in Estonia is based on the structure of the publicly funded education system. The opportunity to reorganize and build a new career later in life knowing that they can also rely on state support for this can be a great incentive for women to return to education after having children or seeing that the original employer does not provide them with financial stability and independence.

Although several presentations showed that women's participation in STEM is still low in Estonia, we consider that this is only valid in the top positions. So, even if more women initially choose a STEM pathway, they can later stay in the lead or lead (due to maternity leave, unequal pay, or social pressure). But we believe that the strengths of women in STEM positions come from the fact that STEM subjects are compulsory in the school curriculum, there is a culture of women present on the labor market and easy access to continuing education.