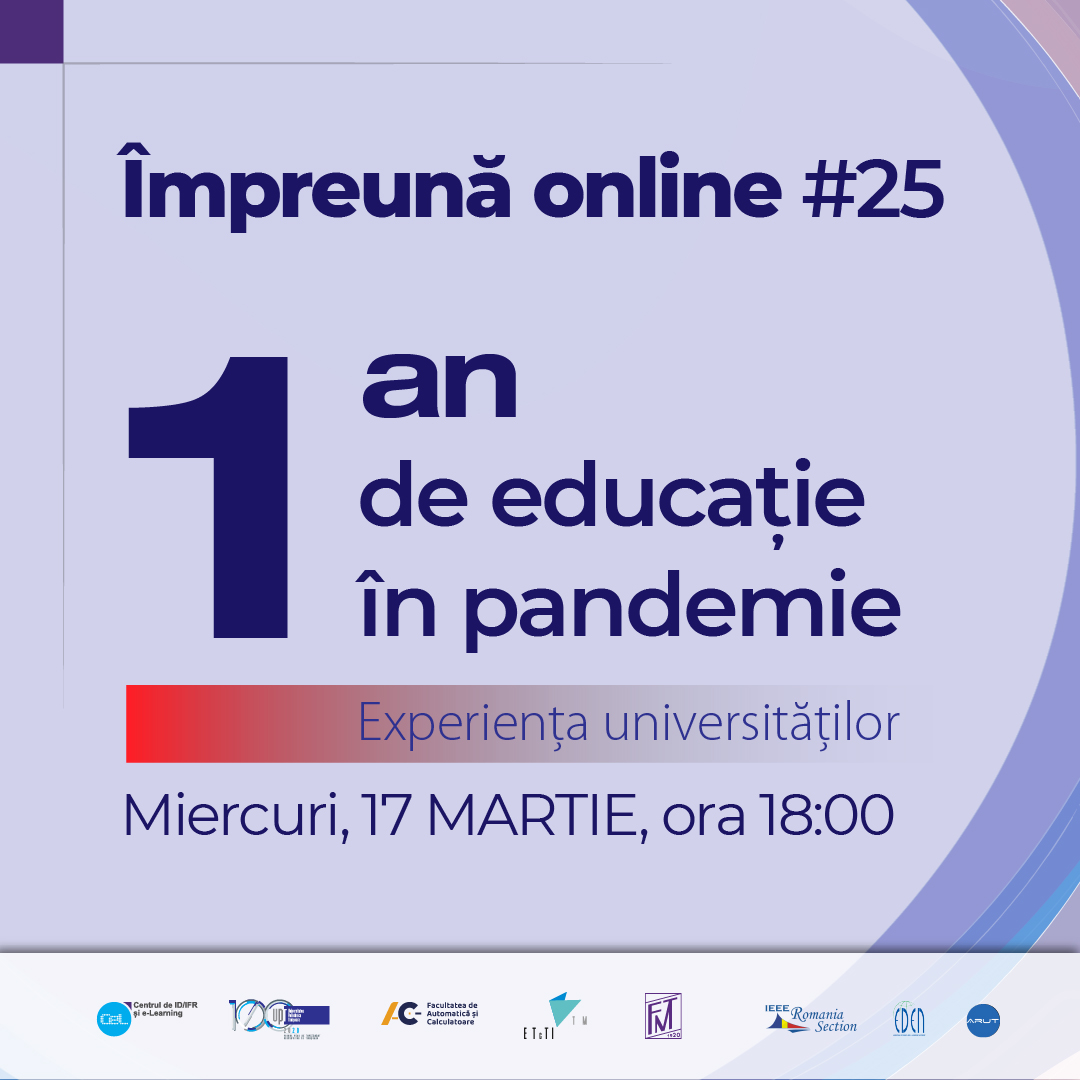 In these times of lockdown due to the COVID-19 pandemic, just like in other countries, face-to-face educational functions and activities are being moved online, using apps, platforms and various tools for distance education.

In the Online together webinars , we respond to these challenges, in the most practical way possible, in the spirit of open education and free access to knowledge. Participants received an Open Badge (Open digital certificate) - Online together.

#25 edition of the webinar series Online Together brought to the screens the teachers from the universities, who shared with us EXPERIENCES transposition taught online, from tools and the technologies used and up to activity and projects conducted with students in class in the last year - a year of education during the pandemic.

How were the online courses conducted and what tools were used?

How did you work with students to transfer knowledge and build skills in an attractive and interesting way online?

What projects and activities were carried out with the students and what assessment methods were used?

Teachers from the faculties of Electronics, Telecommunications and Information Technology, Automation and Computers and Mechanics they talked so much about positive experiences, as well as about those negatively from the last year and answered the participants' questions in an interactive session.

The presenters discussed on the basis of their own case studies and practical experience of teaching online. The content of the presentations focused on the online interaction components,  infrastructure and mobility for the development of online work facilities, as well  discipline customization and development  alternative forms of distance and part-time education for the purpose of to simplify learning and to mark the presence of the teacher online among students.

The main topics discussed were: 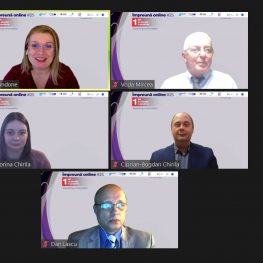 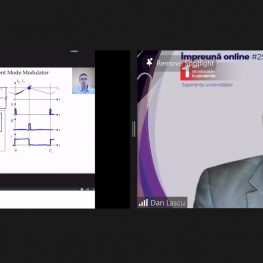 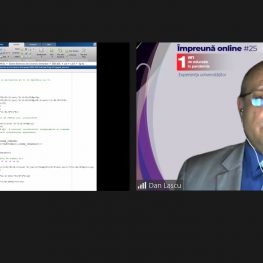 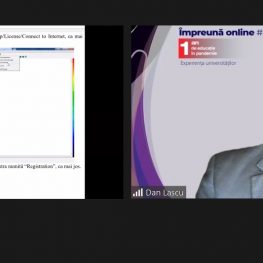 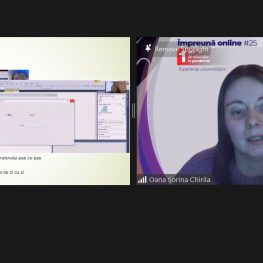 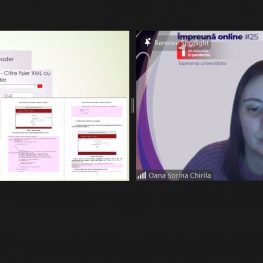 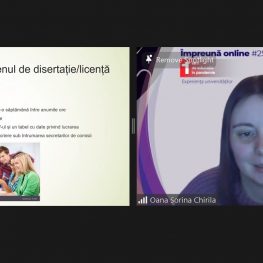 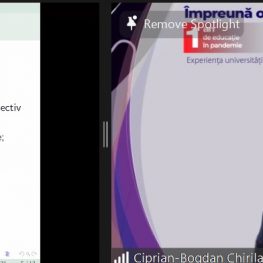 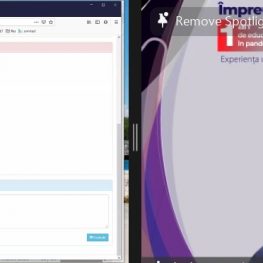 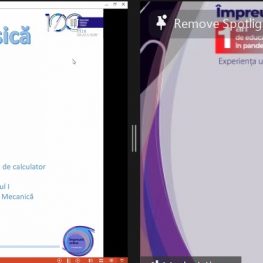 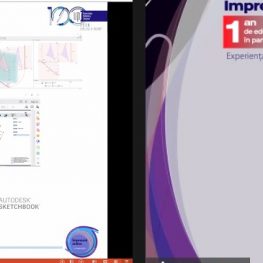 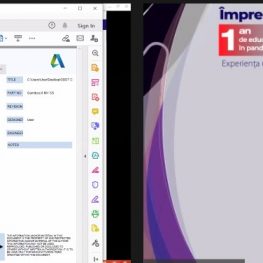 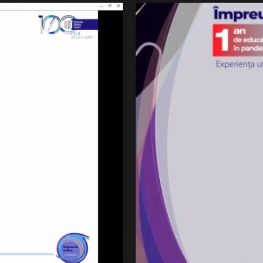 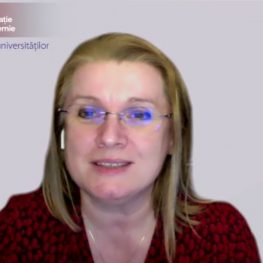 It was a webinar with hundreds of participants in Zoom and on the Facebook and YouTube pages, where the event was broadcast live, with many questions and curiosities for the period that will follow in education.

Independence and adaptability were highlighted as some of the most important factors in current teaching and learning, as well as for the benefit of future students. The words spoken for the future were: hope, progress, automation and balance.

See the registration of the event below:

Online Together webinars are organized in collaboration with IEEE Romania, the EDEN Association and the Politehnica University of Timișoara, every week with guests from other universities and schools in Romania.

He graduated from the Faculty of Electrical Engineering, Electronics and Telecommunications Department in 1986, obtaining his PhD in Electronics in 1999. He started as an assistant professor at the Faculty of Electronics, Telecommunications and Information Technologies in March 1990, becoming a university professor in 2007. doctoral degree, three coordinated doctoral students obtaining the title of doctor. He teaches specific disciplines of power electronics at the bachelor's and master's degrees. The main concerns are related to the synthesis and modeling of switching converters, soft-switching converters, digital control of power systems, active power factor correction, power quality and renewable energy power systems.

Ciprian-Bogdan Chirilă is an associate professor in the Department of Computers and Information Technology at the Polytechnic University of Timisoara. He teaches Fundamental Concepts of Programming Languages, Compiler Design, Heuristic Methods. He got a job at the Polytechnic University of Timișoara in 2001 as a trainer and then as an assistant professor. In 2002 he started his doctoral studies under the leadership of Prof. Ioan Jurca in co-supervision with the University of Nice, Sophia-Antipolis, France under the leadership of Prof. Philippe Lahire. In 2007 he won a national grant competition for young PhD students (> 10,000$), thus becoming project director and principal investigator. He did several research internships at Sophia Antipolis, France in 2003, 2005, 2007, 2008, 2009, partly funded by CNRS France through grants and in Bonn in 2007. He worked with Prof. Markku Sakkinen from the University of Jyvaskyla , Finland on issues related to the inverse relationship in the Eiffel. He also worked with Dr. Gunter Kniesel to implement the semantics of the inverse inheritance relationship, using conditional transformations applied on the basis of Prolog facts extracted from Eiffel projects. Ciprian-Bogdan Chirilă defended his thesis in 2010, in February, being evaluated by an international commission. In 2011 Ciprian-Bogdan Chirila became head of works in the department of Computers and information technology. In 2014 he won a postdoctoral fellowship project under the supervision of Prof. Horia Ciocârlie and Prof. Lăcrămioara Stoicu-Tivadar, developing models for self-generative learning objects used in e-learning. In 2012 and 2016, Ciprian-Bogdan Chirilă won two senator seats in the UPT Senate. In 2016, Ciprian-Bogdan Chirilă became vice dean of the Faculty of Automation and Computers, with a term of 4 years. In 2017, together with Prof. Vladimir Cretu, he leads the doctoral thesis of student Felicia-Mirabela Costea in the field of e-learning, namely in the field of self-generative learning objects.

Ș.l.dr.ing. Chirila Oana Sorina is head of papers at the Faculty of Automatics and Computers within the department of Automatics and Applied Informatics, holder of the courses in Media and Programming Technologies at the specialization Informatics year 3 and the course of Fundamentals of biological systems and medical informatics at the master Systems Healthcare Informatics, year I. He is the administrator of the UPT Virtual Campus at the Faculty of Automatics and Computers since 2020. He works in the Virtual Campus since 2013 within the Java Programming course in Distance Education.

Prof. Dr. Eng. Voda Mircea is a graduate of the Polytechnic Institute "Traian Vuia" Timisoara. He is currently a professor in the Faculty of Mechanics, Department of Mechatronics. The subjects he teaches are: Descriptive Geometry, Technical Drawing and Computer Aided Graphics. His research areas are: Characterization of materials used in mechanical engineering, Reliability of mechanical structures.

A year of pandemic education - in numbers and facts