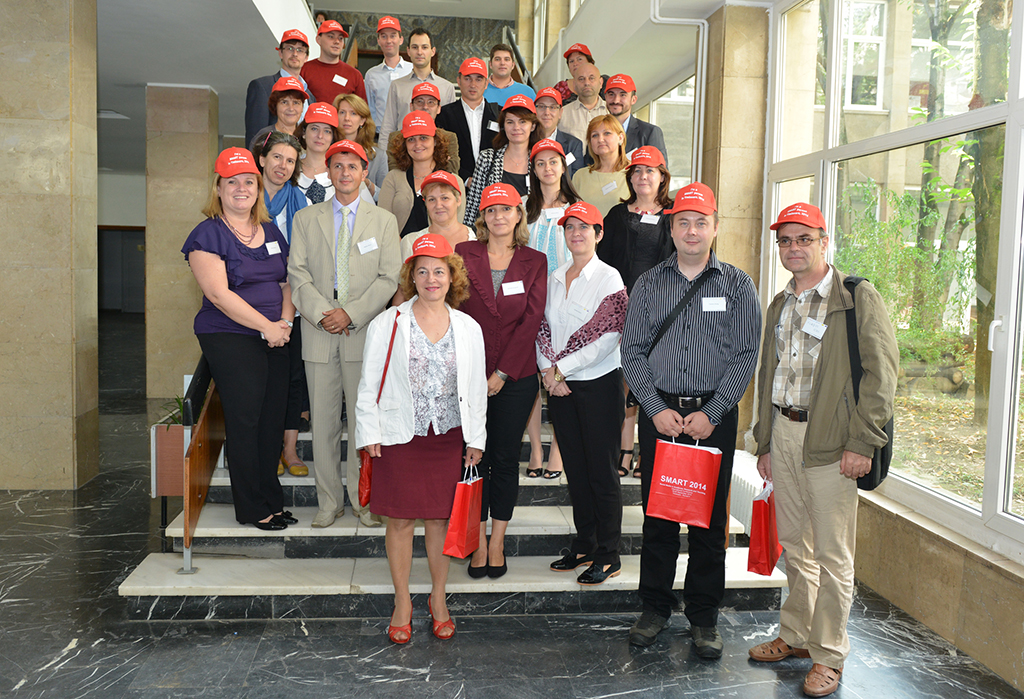 After a successful first edition held last year in Bacau, the International Conference "SMART 2014 - Social Media in the Academy: Research and Teaching" took place between September 18-21 in Timisoara, organized by West University, Polytechnic University of Timisoara and EduSoft Bacau.

Prof.Mădălin Bunoi, Vice-Rector at the Western University underlined the importance of the correct use of social media in relation to students and mentioned the experiment conducted by the physics department in a summer school dedicated to young high school students to study science through Social Media.

Dr. Diana Andone, director of the e-learning center at the Polytechnic University of Timisoara: “The impact that social media has on the learning process, the way students relate, communicate with teachers or seek information are among the hottest areas research in the last 4-5 years. The educational environment is no longer closed, with well-established relationships, but one with ever-expanding boundaries, but also with new issues related to information security, data confidentiality and academic ethics. ”

Carmen Holotescu, Polytechnic University of Timisoara: “Open educational resources are increasingly used in Romania, and universities in Timisoara produce, distribute and promote these resources in education. Social Media is a basic tool in the collaborative creation of these resources, in their validation, use and new pedagogies. ”

The SMART 2014 International Conference was attended by over 80 researchers, teachers, PhD students from 9 countries who presented papers on the impact of social media in various fields, from politics and public life, advertising and public relations to education.

Presentations by guests from prestigious universities in Europe, articles by professors, researchers and PhD students, round tables and book launches addressed topics related to the impact of Social Media in education, through new pedagogies, educational technologies, ways of collaboration and research, but also in other areas, such as politics or business.

The conference program is published on the website http://smart2014.edusoft.ro , and the debates took place in the amphitheaters of the two universities and on social networks, and the echoes can be followed using the tag #smart2014tm.

Opening ceremony of the academic year