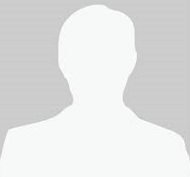 Paul Bacsich became a full-time consultant in April 2004, for Sero Consulting Ltd and partly for his own company Matic Media Ltd. He is also Coordinator of the Open Education Working Group on a pro bono basis and an active mentor. His current interests are in leadership in e-learning, via the D-TRANSFORM project, a collaboration of French, UK, Spanish, Italian and Hungarian universities and research entities. In his earlier career he was at the Open University for 24 years, finally as co-founder and Assistant Director of the Knowledge Media Institute.

In 1996 he left to take up a professorship in the School of Computing and Management Sciences of Sheffield Hallam University. He set up and ran for three years the Virtual Campus Programme, and the Telematics in Education Research Group (TERG) from which he bid for and won many contracts in the general area of e-learning from JISC (costing and change management), Becta, DfES and Sun Microsystems. In 2005 he became a consultant to the HE Academy. He has personally benchmarked over 20 universities and his team have benchmarked over 40. Benchmarking is now one of the core activities of Matic Media Ltd, with activities in England, Wales, Sweden and Canada.